Looking for a Fresh Start? Then Avoid These 5 Barriers Holding You Back 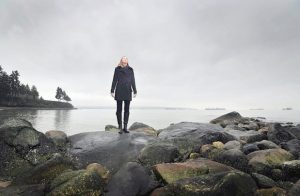 If you’re looking to start over, whether it be after a break-up, after quitting your job, or maybe even making a New Year’s resolution to start anew with your life, there’s no doubt it can seem like a daunting task. But getting a fresh start in whatever it is you’re looking for is definitely a positive thing. Because you’ve already acknowledged you need to start fresh. The next step is taking the initiative and following through with your plan. However, most of the time, you’re going to face some barriers on your path to a fresh start. Not to worry though, these barriers can be overcome once you learn to recognize and eventually jump over them, so to speak. So, let’s take a look at five specific barrier that could be holding you back from starting over.

Everyone needs to hold themselves accountable when a new goal in life is involved. Without accountability, you’re likely to stay stagnant in your path to starting over. It will be easy to feel discouraged and give you an excuse to give up. So, it’s very important to remain accountable. A good way to do this is to figure out a way to measure your forward progress. Upon doing that, you can also establish some type of reward system. In giving yourself an incentive at certain intervals, you’re going to be more likely to obtain your goal.

Doubting yourself and talking yourself out of trying for a fresh start is probably the biggest barrier you’re going to face. Doubting is easy. It’s easy to think about the what if’s, the potential negative outcomes, and making the case that you should just stick with the same old thing. Self-doubt isn’t going to get you anywhere. It will keep you locked in place, unable to move forward and pursue that new start you’re looking for. So instead of doubting yourself, think only positive thoughts. Tell yourself that you’re capable and you’re going to make it happen.

The reasoning behind you wanting to start over could be the result of a physical obstacle. Perhaps you’ve just gone through a divorce or experienced a death in the family. Holding onto physical reminders of the past are going to be a hindrance in when it comes to allowing yourself to move forward and on towards that fresh start. It’s time to let go of thoughts of those physical barriers and push forward instead of going back.

Sometimes we might have grand ideas of starting over in our mind, only to fail to act upon those ideas. If you’re going to make a fresh start, then you most certainly have to act! Even if the ideas and goals ahead of you seem scary or out of reach, those are not reasons for inaction. Instead, it’s time to take the initiative and work towards the first step of your plan. Upon the success of meeting the goal of that first step, you’ll be more confident and to keep it up.

As you’re embarking on your journey to starting over, there may come a time when doubt and uncertainty creep in, causing your to subconsciously sabotage your new path. Whether it’s through procrastination, feeling of resentment or jealousy, or just plain old laziness, you can’t let yourself fall off your path and into the trap of self-sabotage. These feelings you’re having will most definitely stand in the way of what you’re trying to achieve. So, don’t give into them. Remain positive and focused on your plan of a fresh start.

Getting yourself a fresh start in life can seem scary at first, but by avoiding these common barriers and sticking with it, you’ll be well on your way to finally starting over.

Seeing Your Own Aura

A Guide to Astral Projection

What your dreams are trying to warn you about